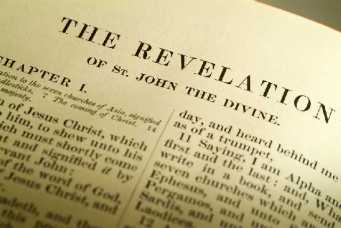 The book of Revelation has been the source of much biblical debate. Even among Christians, it is difficult to come to an agreement about certain issues concerning this apocalyptic book of the Bible. Written toward the end of the first century AD by John the apostle, Revelation is the last book of the Bible and reveals events yet to come culminating in the return of Christ. The first three chapters aren’t so difficult to interpret. They are comprised of seven straightforward messages from Christ to the seven churches in Asia Minor. Chapters four through twenty-two, however, are a different matter altogether. There are three major positions where interpretation of this book is concerned. I will briefly outline each of them.

The preterist position, also known as the contemporary historical position, sees the events of the book of Revelation as historical events that occurred in the first century AD. The destruction of Jerusalem in 70 AD, the fall of Rome, and the Roman persecution of Christians are important components in this view and are seen as the subject of much of the destructive prophecies in Revelation.

The idealist position is a timeless, symbolic approach to the book of Revelation. This view says that the visions in Revelation do not depict actual events that happen in a specific place or time, but portrays symbolically the timeless, spiritual battle between good and evil. This battle culminates in the defeat of Satan and the victory of Christ. This view interprets the 1,000 years in 20:2-7 as symbolic of the spiritual reign of believers with Christ.

The futurist approach maintains that the events of chapters 4-22 of Revelation depict future events. This view interprets the 1,000 years in 20:2-7 as a literal period of time in the future. This is consistent with the book’s claim to foretell future events (1:19). There are very many varying interpretations even among futurists, but all agree that the events contained in John’s visions are to be fulfilled in the future. I plan to talk more about the various futurist views in a later post.

This leaves us asking “which view is correct?” A preterist approach would only be beneficial when studying church history or the persecution of the first century church. It would yield little benefit to today’s readers. The idealist position has some merit, but vastly ignores the plainly indicated future nature of the prophecies. The visions of Revelation are meant to be understood as specific prophecies fulfilled in space and time.

The futurist position is the only position that fairly understands and interprets the text along with other prophetic passages in the Bible and is the only one to provide real spiritual merit for the believer. The futurist position allows the book of Revelation to be applicable to believers of any era and gives great hope that Christ will overcome all the power of Satan. While there are many different futurist interpretations of Revelation, and I cannot discuss them here in detail, this perspective is the best and most natural understanding of the book in my evaluation.