Katrina and I have just returned from the 2019 Annual Meeting of the Southern Baptist Convention in Birmingham, Alabama. Part worship service, part business meeting, part family reunion – there’s nothing like it when our denomination of churches gather together annually to do the work of the kingdom!

The annual meeting always begins with the Pastor’s Conference – a two day marathon of worship, preaching, and teaching. This year, the conference was devoted to the Beatitudes in Matthew 5:2-16 with each speaker preaching a sermon from one of the beatitudes. All of the speakers were great, but the highlight for me was Andrew Brunson’s testimony and sermon based on Matthew 5:12, “Blessed are the persecuted.” Andrew Brunson was imprisoned in Turkey where he had served as a pastor. He was imprisoned for two years until his release in October 2018. Following his sermon, he joined his wife Norine along with Nik and Ruth Ripken, and Jack Phillips – the Colorado cake shop owner who faced numerous lawsuits because of his Christian convictions concerning marriage.

This past year has been a year of transition for our convention. Five of our SBC entities have been in the process of searching for new leadership. Four of those positions have been filled and we were able to hear from these new leaders during the meeting.

The Executive Committee hired Ronnie Floyd, former pastor of Cross Church in Northwest Arkansas, as its president and CEO. The executive committee carries out the work of the SBC throughout the year.

The International Mission Board hired Paul Chitwood as president. The IMB oversees all of our international missionaries. Dr. Chitwood formerly led the Kentucky Baptist Convention and I came to know him well during my time as a Director of Missions in Kentucky.

JD Greear, pastor of The Summit Church in Durham, NC, was our SBC president this year. He has done a great job leading our convention to take action against sexual abuse in our churches. He delivered a great address as president expounding on the theme of the meeting, “Gospel Above All.” Greear was elected to a second term as SBC president. SBC presidents may serve up to two consecutive terms as president. He was unopposed.

Paul Chitwood delivered his first presentation as president of the International Mission Board since his election last year. He is doing a phenomenal job. This year, we held a commissioning ceremony for 26 new Southern Baptist missionaries! This was the most exciting portion of the meeting and represents why we cooperate together. Many of these missionaries could not disclose their identities because they are going to difficult and dangerous places.

Additionally, the IMB is sponsoring the translation of the New Testament into the language of a Southeast Asian people group. They were asking attendees to sponsor the translation of a verse or verses. I was able to financially sponsor Matthew 7:8-12. By the end of the meeting, the entire project had been funded! The New Testament will be made available for the first time for this people group!

Perhaps the most important changes made were two key amendments to our constitution and bylaws addressing sexual abuse and racial discrimination. A church will not be considered a cooperating SBC church if it acts “in a manner inconsistent with the Convention’s beliefs regarding sexual abuse,” or acts to “affirm, approve, or endorse discriminatory behavior on the basis of ethnicity.” These are important changes which are necessary to maintain the integrity of our convention.

THE REPORT FROM THE SEXUAL ABUSE ADVISORY REPORT

In light of recent awareness of sexual abuse among Southern Baptist churches, SBC President JD Greear commissioned a team to research this problem and propose solutions. The report was made available during the annual meeting. You can read the full report here:

For a more detailed summary of the 2019 Annual Meeting, visit https://sbcthisweek.com/sbc19-an-executive-summary/

You can watch all of the sessions from the 2019 Pastor’s Conference and Annual Meeting here (requires a free Lifeway account): http://sbcannualmeeting.net/sbc19/

Next year, the meeting will be held in Orlando, Florida June 7-10, 2020 and will mark the 175th anniversary of the Southern Baptist Convention. 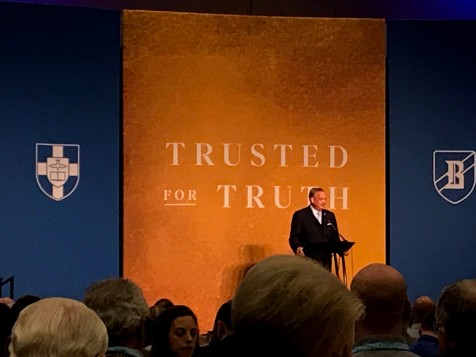 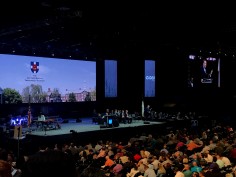 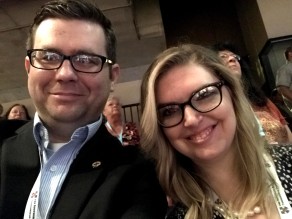 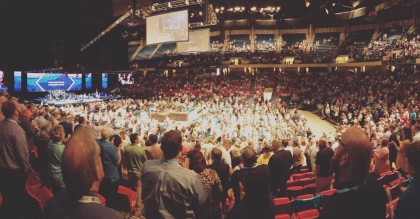 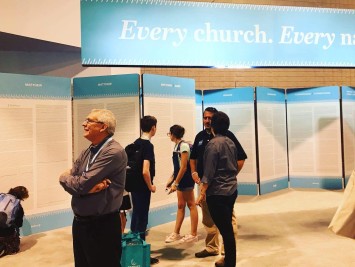